This week’s top stories see some of the biggest players in tech finding themselves in a spot of bother! Here’s a quick roundup…

You may or may not know that Facebook had been funneling billions of dollars into a strategy that would allow them to advertise within virtual reality platforms. What looked like a potentially hefty new source of revenue is, however, experiencing some teething problems.

Resolution Games’ Blaston was going to be the first title to include such ads. That was before the users had their say, because the news received such a backlash from players that the game developers decided to pull out at the last minute. You can get a more detailed look at the story here.

In a move that many will see as a long time coming, the European Commission has officially launched an investigation into whether Google’s dominance of the ad market is preventing fair competition. Here’s the announcement on Twitter from earlier this week:

We have opened an investigation into possible anticompetitive conduct by Google in the online advertising technology sector.

It will examine whether Google is restricting access by third parties to user data for advertising purposes on websites and apps: https://t.co/bJhkomTeo6 pic.twitter.com/pShWKe1W1I

The fact that Google plays a role “at all levels of the supply chain”—the company sells ad space, collects data and acts as intermediary in the online ad world—is highly concerning to the executive brand of the EU. Google has agreed to cooperate with the investigation. Read more

Something tells us the legal team at Google will be reaching for a big glass of vino this weekend! Britain’s competition regulator, the Competition and Markets Authority (CMA), also wants to get in on the inquiry action and this week announced it will be looking into whether Amazon and Google are doing enough to remove and prevent fake reviews. Both companies are at risk of having broken consumer law. Read more

Everyone’s skills could do with a little refresh or boost now and then, so here are some great resources we discovered this week:

Whether you’re back at the office or still holed up in your WFH den, here are some gems of wisdom (this week’s come courtesy of The Yeh Yoga Co. founder, Emily Harding) that will make a difference to your professional and personal wellbeing. You’re welcome! 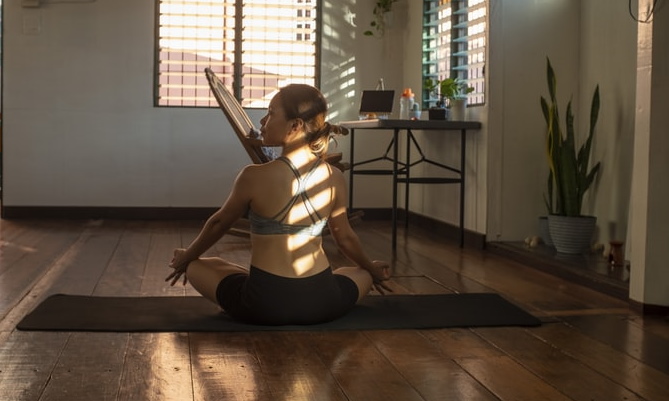 “Desk yoga is currently proving more beneficial than ever, both for body and mind, for the swathes of people around the world who have been working from home. Chair yoga is usually pitched to seniors, but London-based yoga teacher Emily Harding believes it’s something we should all be doing.“

In 5 Simple Desk Yoga Poses to Aid Body and Mind, Emily takes you through (you guessed it!) 5 easy yoga poses that you can perform at your desk while working from home. Get stretching!

That’s about it from us! Enjoy your weekend and we’ll see you here same time next week. Ta-ra!