Greetings, readers! Welcome to another edition of the month in SEO, where we collate the top stories of the month from across the industry. We’ll even pepper the post with some handy advice from ourselves and industry leaders. Let’s get to it!

August’s helpful content update to Google’s search algorithm may still be fresh in our minds, but this month, the search giant has twice turned to the camera and asked the question: “Fancy another one?” Yep, there are two updates to cover in this month’s post, alongside a new repost feature from Instagram and a potential shakeup to the way WordPress rolls out new features.

Update after update from Google

It’s only been a few weeks since we reported on the rollout of Google’s ‘helpful content’ update in our last SEO roundup. You may expect things to have been a little quieter on the SERP front since then. The team in Mountain View, however, had other plans.

On September 12th, mere days after the end of the completion of the ‘helpful content’ update, Google began rolling out a new broad core update. At the time of writing, this process is still ongoing. Nevertheless, search engine gurus have already been reading the tea leaves and proffering their thoughts.

As if that wasn’t enough to wrap one’s head around, Google gave SEOs yet another headache when, on September 20th, they announced the start of the rollout for their latest product review update. Again, while there is no specific guidance as to what these changes are targeting, Google does provide advice on what it is looking for in a product review.

If you do notice that your site has been hit, it may be difficult to ascertain which of the updates is to blame. Google’s own advice is that sites that produce product reviews are likely to be affected (perhaps obviously) by the product review update, while for anything else, it’s the broad core update.

Social media may be all about user-generated content, but there are times when all we want to do is share something created by somebody else. On Twitter, this is as simple as hitting the retweet button. Other platforms, however, make users jump through extra hoops to repost content.

A clear example of this is Instagram. Whilst adding another user’s content to your story is fairly straightforward, the same is most definitely not the case if you want to share it as a post in your feed. This leaves users having to make do with workarounds, which range from third-party apps to simply screenshotting an image and posting it on your own account.

Thankfully, all of that looks set to change. Instagram announced this month that it would soon start trialling a repost feature, initially to be available for select users only. These reposts would appear in the main feed, as well as in a separate tab on user profiles—at least, if a screenshot from social media consultant Matt Navarra is to be believed.

It’s not yet clear if or when reposts will be rolled out to all users, or whether they’ll go down well with the Instagram community. Watch this space as we follow this story!

May 2022 saw the launch of WordPress 6.0. Codenamed Arturo, it was the forty-fourth version of the CMS, whose history stretches back to 2003. As we covered in our news roundup at the time, Arturo came with plenty of new features, including improvements to the writing experience, new design tools and style variations.

However, future WordPress updates could look significantly different. That’s because the company’s founder, Matt Mullenweg, is pushing for developers to take a plugin-first approach to new features.

The idea is that, instead of including new features as part of an update to the WordPress core, they can be added in the form of canonical plugins. These would be available much in the same way as the existing library of WordPress plugins, but would be created and maintained by the community as a whole rather than by a single developer. Mullenweg outlined his thoughts in a blog post, Canonical Plugins Revisited:

“We are reaching a point where core needs to be more editorial […] a plugin-first approach [gives teams] the luxury of faster development and release cycles (instead of three times per year), less review overhead, and [a] path to come into core if the plugin becomes a runaway success.”

Mullenweg noted that the current process often leaves teams feeling as though they have to rush to include a new feature in the WordPress core, or frustrate users by having to say no to promising ideas. He claimed that introducing canonical plugins would provide a way for these features to be added without having to rely on individual developers or companies who may charge for them.

The idea, however, remains controversial. Some developers note that core updates are instantly available, while users would have to know that a canonical plugin exists, install it, and learn how to use it. This could, in turn, lead to a worse experience for end users.

From content to PPC, the world of digital marketing is in constant flux. We just don’t have the time and space to write about it all! Fortunately, some of our favourite sites have the scoop. Check out some of the best of the rest from this month:

We’re not done yet! It’s time to turn to the oracles of the SEO world for some new pearls of wisdom about the industry. Here are our top picks for September 2022: 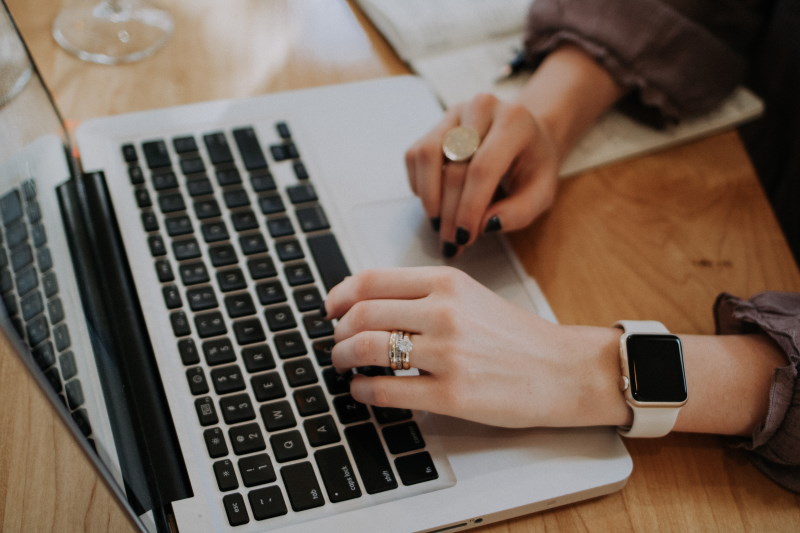 “Whilst some marketers use the terms [copywriting and content writing] interchangeably, they offer vastly different results. The former will see your conversions soar, and the latter will increase brand awareness and customer engagement.”

While our marketing strategies today encompass audio and video, the written word is still at the heart of SEO. Despite this, many people still don’t understand the differences between copywriting and content writing. Though closely related, these two artforms are not the same. Find out more about them and learn when to put each of them to good use!

And we’re done for September! See you next month for more headlines, helpful tips and hot topics.