We’re now halfway through 2022—yes, really! As the month of June draws to a close, we’re taking the time, as we do every month, to look back at some of the headlines. Join us for all the stories you need to know in June 2022 in SEO!

We check back in with Google‘s core update for our first headline from June 2022. After that, we’ll take a look at a bevy of new features from Twitter, then wrap up by talking about Ahrefs‘ foray into the world of search.

Google core update rollout complete—but was there a second update?

Last month, our top story was the announcement of Google’s May 2022 core update, whose rollout finished at the beginning of June. Early signs indicated that this was highly significant, with a major impact on search rankings:

Assessing the exact impact of any core update is always tricky, and it may take time for clear patterns to emerge. Data from Sistrix indicated that some of the top ‘winners’ included e-commerce sites such as Amazon, eBay and Etsy. Conversely, some of the biggest ‘losers’ were news sites such as the Daily Mail and The Guardian, alongside Encyclopedia Britannica.

Typically, we see a period of instability around the time of an update followed by some relative calm. This month, however, a further wave of ‘tremors’ has sparked rumours that Google may have rolled out a second, unconfirmed update. Volatility hit 6.9 (High) on June 23rd according to Semrush. Meanwhile, the Rank Risk Index indicated very high levels of SERP fluctuations every day between June 22nd and 27th.

While Google stresses that there is “nothing wrong with pages that may perform less well” during an update, it’s still worth assessing whether your page is following SEO best practices. Doing so will not only help to insulate your site against the impact of update ‘tremors’, but also ensures a better user experience. For useful advice, check out the SEO section of our blog.

If you’re involved in social media marketing, then this item is for you. This month has seen Twitter announcing a raft of new features that businesses can take advantage of.

First up is Branded Likes. Even if you haven’t previously heard of them before, it’s likely you’ll have seen one of them in action. With this feature enabled, a custom animation will appear when a user clicks the Like button. Previously, only larger brands were able to use Branded Likes, but it’s now available to all advertisers in the UK, the US and Japan.

Next, there’s Campaign Planner. This is a brand new forecasting tool that advertisers can use to:

These launches come alongside the announcement of other brand-focused features, including Location Spotlight for brick-and-mortar businesses in the UK, the US, Canada and Australia. There’s also Twitter Shops and Shop Spotlight for US-based firms only, plus a new partnership with Shopify. You can get more details in this thread from Twitter Comms.

Finally, there’s one new feature being tested that all users may eventually benefit from: Notes. This would make it possible to create new tweets free from Twitter’s usual 280-character limit. As demonstrated in this tweet from Twitter Write, Notes look somewhat similar to a blog post, and can incorporate images, videos, GIFs and even other tweets. It remains to be seen when Notes will be made available to the public.

If you work in SEO, then you’ll undoubtedly be familiar with the work of Ahrefs. Originally focused around checking backlinks, Ahrefs has expanded to become one of the top SEO software suites on the market.

Having spent years helping businesses to improve their rankings on sites such as Google, Ahrefs announced in 2019 that they were developing their own alternative search engine. After three years of work, that search engine was finally released: Yep.

Still at the beta stage at this point, Yep is intended to act as a direct competitor to Google. Distinguishing it from the market leader is its pledge not to store a user’s search history or collect personal information about them. Instead, its results are based on keywords, language and geography.

Another unique feature of Yep is its revenue-sharing model. Though it hasn’t yet launched an advertising service, it aims to share 90% of its revenues with creators when it does so. This will, it claims, help to support content authors, with Ahrefs giving the example that such a system could help a site like Wikipedia to earn “a few billion dollars a year” without relying on paywalls or affiliate links.

Given Google’s prominent position in the market, any company aiming to challenge it has a mountain to climb. We’ll see in time if the public says ‘Yep’ or ‘Nope’ to Ahrefs’ attempt.

As always, our news roundup isn’t quite long enough for us to cover every big story from the past month. Here are a few more worth checking out:

We’ve scoured some of our favourite blogs for tips and tricks that can help you to stay on top SEO form. Take a look at these articles for some pearls of wisdom: 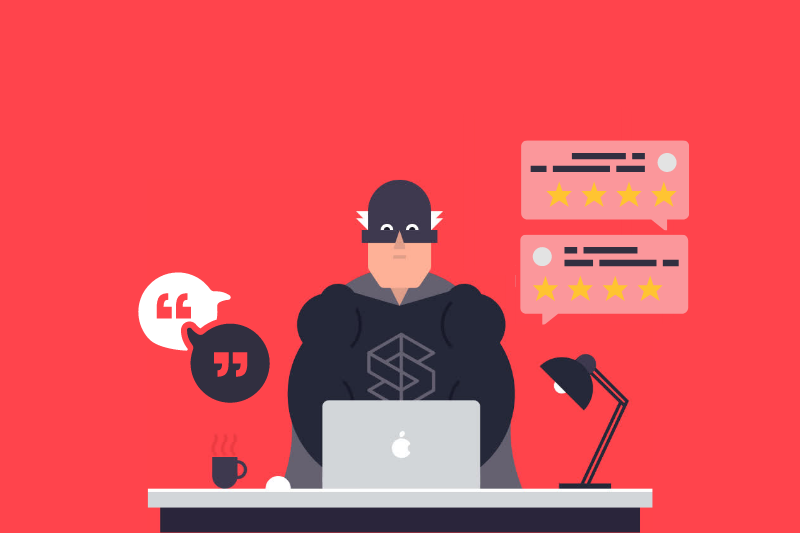 “Everyone knows that customer reviews can make or break a business. […] What you might not know is that these very same reviews have the power to help you write better copy. This is where review mining for copywriting comes in!”

What better way is there to extol the benefits of your business than using the same words your customers do? In our guide to Review Mining for Copywriting, we’ll show you how to turn testimonials into copy that converts.

That brings our June 2022 roundup to an end! We’re here every month of the year bringing you more top SEO stories and advice, so check back with us soon!